Are you thinking about moving to Iceland as you watch the snow fall through your window? What do you really know about  the country? Probably Bjork, the distinctive pop star. And maybe you saw Iceland’s Eurovision entries over the years. Perhaps you noticed that Iceland will be in the 2018 FIFA World Cup – for the first time. Ever. Were you impressed by the way they handled the global banking crisis a few years back? Or maybe you’ve only thought about them when you accidentally click it on a dropdown list when you are looking for Ireland. But if you like urban life and snow and you want a completely different year abroad experience, Iceland could be incredible for you.

Iceland actually has some interesting links with Ireland. Irish monks were among the earliest visitors to the larger landmass north of us in the Norwegian Sea. Similar to Ireland, Iceland had an influx of Vikings. The Norse were the first to really settle in Iceland. Many of them were fleeing feuds and conflicts in Norway. Obviously, they were pretty well prepared for the cold climate.  For a long period, Iceland was a poor fishing community ruled by Norway or Denmark at different times. A little over a hundred years ago, things began to change.

A robust movement for women’s rights developed in Iceland, and Icelandic women who owned property gained the right to vote in 1915, three years ahead of British and Irish women. In 1922, the first woman was elected to parliament. Iceland gained its freedom and became an independent country in 1944. They elected the first female president in 1980. Today, Iceland is one of the most progressive, egalitarian societies in the world.

If you like to curl up by the fire with a good book and you enjoy nature’s more extraordinary sights, you might love Iceland. They top the charts for both literacy and happiness. Iceland’s Christmas Eve tradition of exchanging books and reading impressed the whole internet. They have very little crime and a lot of volcanoes. Plus, they’ve got the Northern Lights. When the cold gets to you, you can join the locals and hop in a thermal spring to thaw yourself. 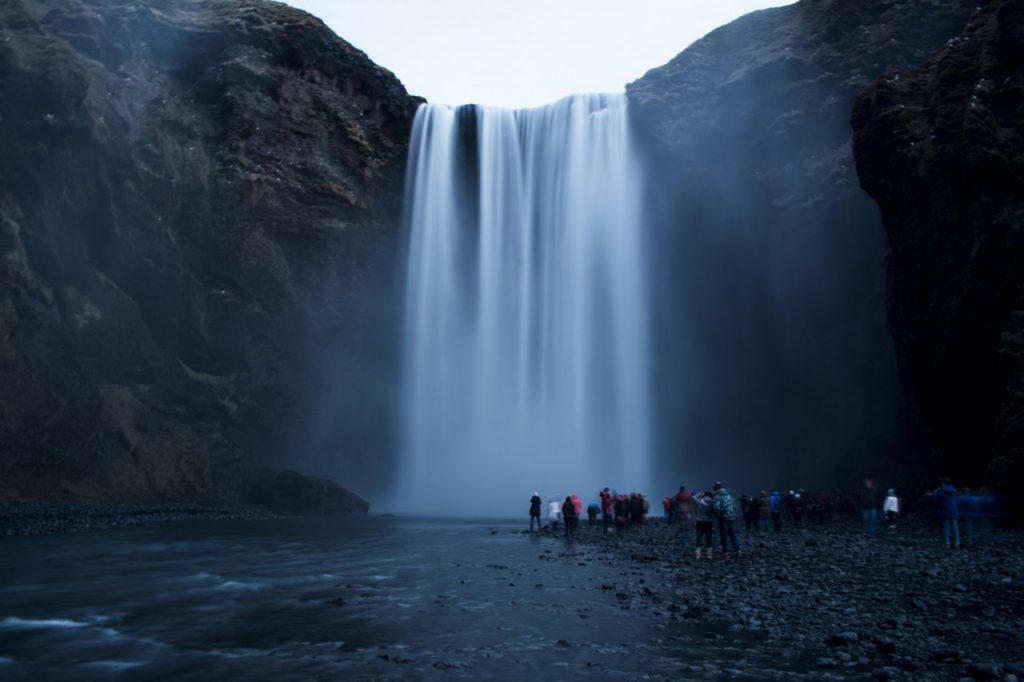 Iceland’s natural wonders are not to be messed with. Nature is powerful here, and deadly. Following the locals’ lead is smart. Err on the side of caution. Iceland is a place of extremes – lethal cold and boiling springs co-exist, and both are dangerous. Despite the extreme isolation of most of the country, Iceland has almost universal broadband.

Most people live in the capital city Reykjavik. It isn’t easy to find a job or housing in the city. The cost of living is high. And you will need to learn to speak Icelandic. Like many Irish towns, people are very connected. The up side is that this keeps the crime rate low. The downside is that it means people know your business. Iceland is a leader in geothermal energy.

If you go to work or study in Iceland, you’ll have some major adjustments to make. You can have some incredible adventures exploring the surreal Icelandic countryside. It isn’t like anywhere else, and it won’t appeal to everyone. Plenty of Irish people would rather find a warmer place to live overseas. But while your pals off in tropical climes battling mosquitoes, you can sit back in Iceland and laugh because there are no mosquitoes in Iceland.

When you need to send clothing overseas, whether you are moving overseas or sending a gift, one of the first things ...Read More

Whenever and whatever you’re shipping, the goal is to get your items there as safely and inexpensively as possible. U ...Read More