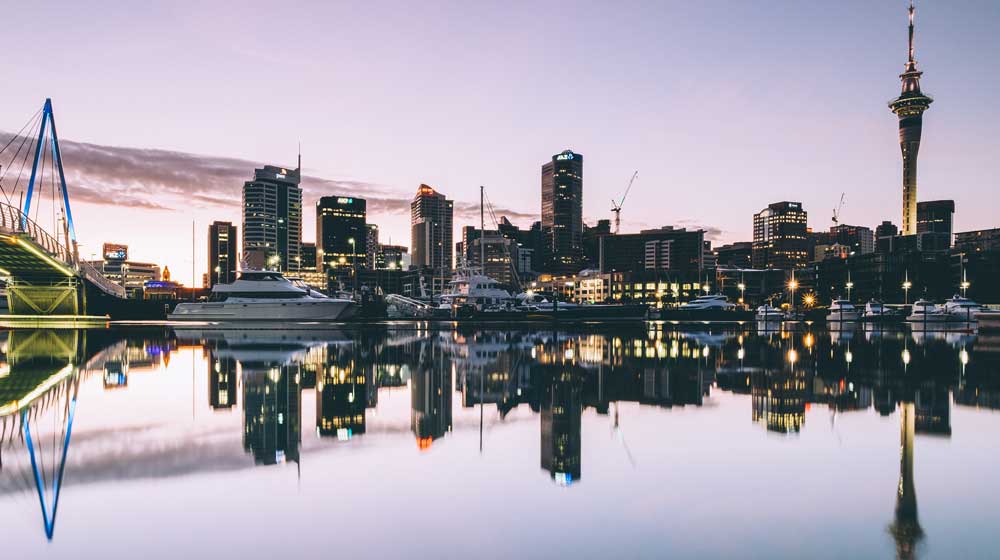 Irish people have a long history of migrating to Australia, but that isn’t the only option down under. Auckland, New Zealand recently earned the accolade of being the third most liveable city from recruitment consultants Mercer. (Auckland shared third place with Munich, Germany.) So what’s the appeal? Many expats moving to Auckland cite the city’s relaxed and healthy lifestyle.

While it enjoys a reputation as a place to enjoy the great outdoors, Auckland is a major city. About a third of the population of New Zealand lives there, which is 1,535,000 people. One of the most diverse cities in the world, it has the largest population of Polynesian people in the world. And where the population is diverse, the food is too. Auckland is a place where you can merrily eat your way around the world’s cuisines.

It’s an expensive city, but it is also clean and safe. Traffic can be a nightmare, and while the public transportation might compare favourably to Dublin, that isn’t saying much. And yet, people love it. The distinctive 220-meter tall Sky Tower makes the city’s skyline unmistakable. You can bungee-jump from the Sky Tower, and then go dine in its revolving restaurant. Moving to Auckland means you can easily visit penguins and wineries. Your neighbours include nearly 50 volcanos. The general consensus is that it is well worth the expense, which you can offset by sending some of your furniture and other belongings there via personal shipping from Dublin.

Moving to Auckland: Pros and Cons

Although it is a massive city, Auckland does offer a lot of opportunities to enjoy the great outdoors. The city includes several delightful parks. Auckland Domain is the oldest. It features 75 hectares set in the crater of a volcano. Cornwall Park is the largest at 270 hectares, although that might not impress those used to rambling around the Phoenix Park’s 707 hectares. Even the industrial port area has Silo Park, where by day you can admire views of the waterfront and by night you can watch films projected onto the side of an old industrial silo. Not far outside the city, you can sample the best of New Zealand’s wineries.

The cost really is the main drawback to moving to Auckland, New Zealand. Housing is expensive, although it is still more affordable than in some other major cities. Housing prices in New Zealand are not increasing as quickly as they are in Ireland, according to the International Monetary Fund, but they are outpacing incomes faster than here, to put it in perspective.

Not surprisingly, real estate is one of Auckland’s biggest industries. Scientific and technical services is the second largest sector in the city, and construction is third. The economy is booming, which bodes well for job seekers. Auckland has three state universities, making an attractive destination for both academics and students.

Over the years, we’ve seen plenty of innovative uses for shipping containers. People have used them as work studios an ...Read More

Everyone knows that international shipping companies move products around the world, from where they are manufactured to ...Read More