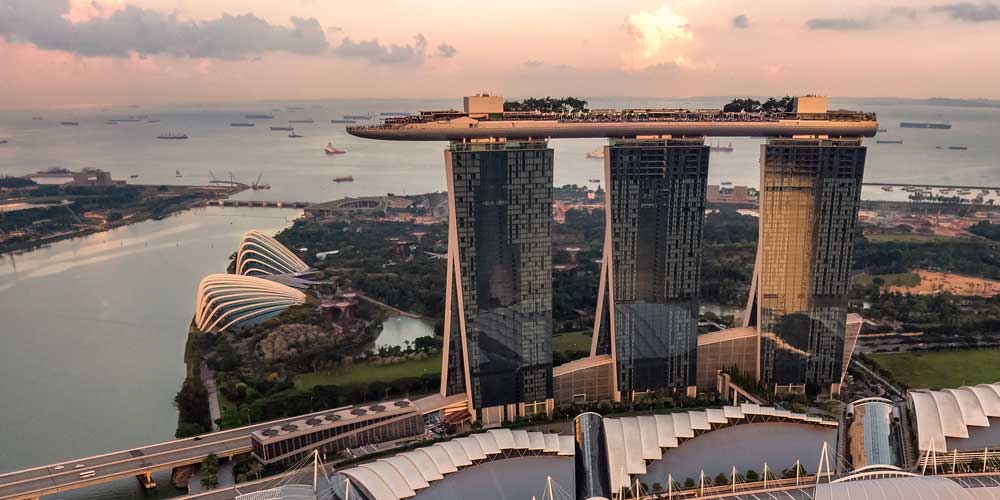 When we think of English-speaking countries with lots of Irish immigrants, we often think of the USA, Canada and Australia. Sometimes we even remember that our nearest neighbour has been a popular destination for generations. But today, one of the hottest destinations for Irish people looking for a different experience abroad is Singapore. And yes, English is an official language. It isn’t the only one, but you can get along with it and learn Malay, Tamil or Mandarin once you’re there.

If you are moving to Singapore, expect to find a vibrant, energetic country with good career prospects in technology, finance, hospitality and physiotherapy. Engineers are currently in demand, as are sales reps and drivers. (They drive on the left there too.)

You’ll also be following in the footsteps of many other Irish people who have moved to Singapore and become very successful. The Irish have made a mark on that island.

The La Salle- SIA College of the Arts is the enduring vision of Irishman Br. John Joseph McNally from County Mayo. Br. McNally was a noted sculptor who spent nearly 40 years in Singapore and Malaysia until his death in 2002. Singapore is known as a fantastic place for foodies, with excellent treats ranging from street food to fine dining. One of the premier chefs here is another Mayo man, Andrew Walsh. He is the force behind Cure, one of the city-state’s most popular restaurants. The Irish influence in Singapore is strong enough that there is even an active GAA scene. Families moving to Singapore might even find their children learn about GAA in school as the Gaelic Lions Football Club have an outreach programme.

What to Expect as Singapore Expats?

But what can you expect if you are moving to Singapore? Housing is different. You’ll be trading the dream of a house with a nice garden for an apartment, but you won’t have to mow a lawn. With a population of 5.6 million people in 720 square kilometres, higher density housing is the norm. Homes with gardens are rare. But you will find lots of public parks and green areas. And you can enjoy them because they are very clean, and Singapore is very safe. As for all your belongings, considering the size of the apartments, you most likely won’t be looking to buy many more things than you already own. Pre-selecting what you really need and safely shipping them to your new location is probably your best option.

The small island is well-served with efficient public transportation, but it is not great for pedestrians or cyclists. In Ireland, we tend to view pedestrian traffic signals as suggestions, and that can be dangerous in Singapore. The costs of driving are high too.

Many people are moving to Singapore because of job opportunities, but what is the culture like at work? The focus is on the team, and hierarchy is respected. You won’t get anywhere here by trying to one-up a colleague. Quietly working toward consensus and deferring to those in senior positions is the way to get things done. Expect a very diverse group of colleagues and neighbours too. Buddhism is the largest religion, with about a third of the residents practising it. Christian denominations combined total about 19%, with atheists coming in at 18%. Respect for different points of view is essential for living in Singapore.

Singapore is a very small, very busy sovereign city-state. It’s tropical, being nearly on the equator. One of the benefits of living there is that it is a fantastic base for exploring the rest of Asia. Anyone who wants to earn well and explore Asia from a very safe, clean base city with excellent schools should consider moving to Singapore.