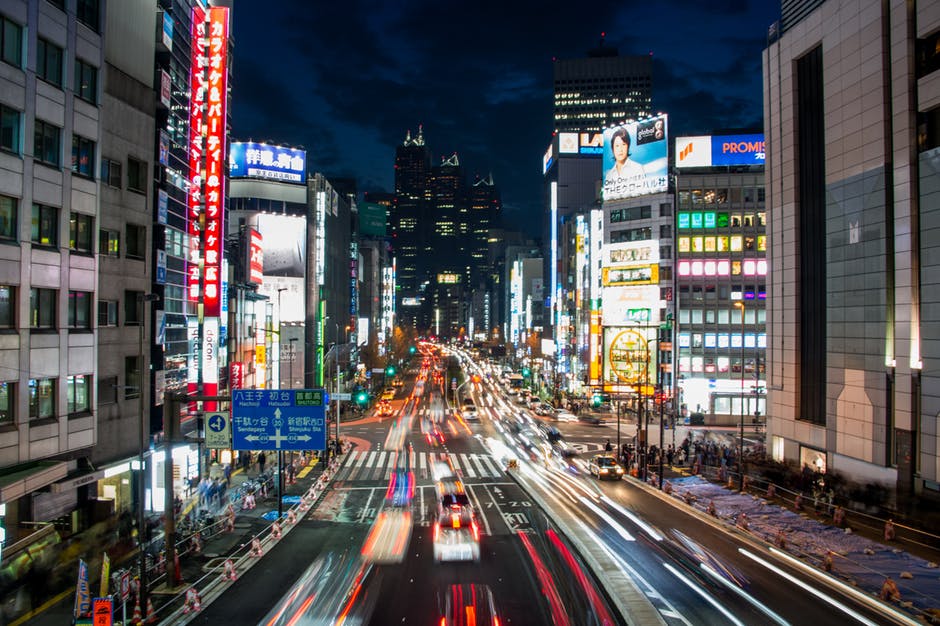 Are you considering trading stew for sushi for a year? Japan is one of the most popular destinations for studying abroad in Asia. A prosperous, extremely tech savvy country, Japan has a lot to offer Irish students looking to learn more about the world than what can be taught in a classroom. And yes, you can find programmes to study in English. Although if you are spending a year there, you would be seriously socially disadvantaged if you spoke no Japanese. At a minimum, you would want to learn to recognize some basic writing to decipher written directions and shop signs. Many of the written characters in Japanese are actually Chinese kanji, but the languages are unrelated so a knowledge of Mandarin or Cantonese would not be much help.

Japan is very unlike Ireland. Both are islands, and that’s about the end of the similarities. The frantic bustle and lights of Tokyo are a stark contrast to relatively chilled out Dublin. Japan’s territory includes more than 6,000 islands, but 80% of the population of Japan lives on the main island of Honshu. The capital, Tokyo, and the cities of Kyoto, Osaka, Nagoya, Kobe and Hiroshima are all on Honshu. If you are a city person with a gra for adventure, you might love Japan.

The population of about 127 million people is pretty homogeneous, so unless you have Japanese heritage, you will stick out. More than 80% of the population tick the box for the Shinto religion on forms. But just like the many Irish people who tick Catholic on forms, a much smaller percentage would describe themselves as devout followers who practice all aspects of the faith regularly. A basic understanding of the tenants of Shinto would help with understanding the culture.

Japanese culture is a lot more high-pressure than Irish culture. Industriousness is valued, and you will be expected to pull your weight on team projects. But people are extremely polite and friendly, so you are unlikely to be treated harshly. Staying with a host family, especially one that includes someone who speaks a bit of English, is a great way to learn how things work. Student dorms or independent apartments are also options, but you won’t gain as much insight into everyday life. And given Japan’s intense and notorious red tape, having some support as you grapple with everyday tasks such as opening a bank account can be priceless.

Japan is a great country for seafood lovers and adventurous eaters. While there is a lot less pork and beef on the menu than in Ireland, it can be tough going for hardcore vegetarians and vegans. Chopsticks are the norm. If you are considering a year in Japan but aren’t familiar with the cuisine, you can get acquainted with it and practice your chopstick skills at Japanese restaurants in Ireland.

While high-density city life is the norm, Japan is not entirely paved over! Don’t forget Mount Fuji is there. In Japan, you can go hiking, biking, rafting, kayaking and skiing to enjoy the great outdoors. And of course, you’ll be on an island so you can also enjoy scuba diving and lounging on stunning beaches. If that isn’t enough, there’s also a monkey reserve near Kyoto.

Arriving in a new country is exciting. Everything is an adventure, from finding your way around town to trying new ...Read More

Choosing from all the international shipping companies vying for your business can be confusing. Of course, you ...Read More