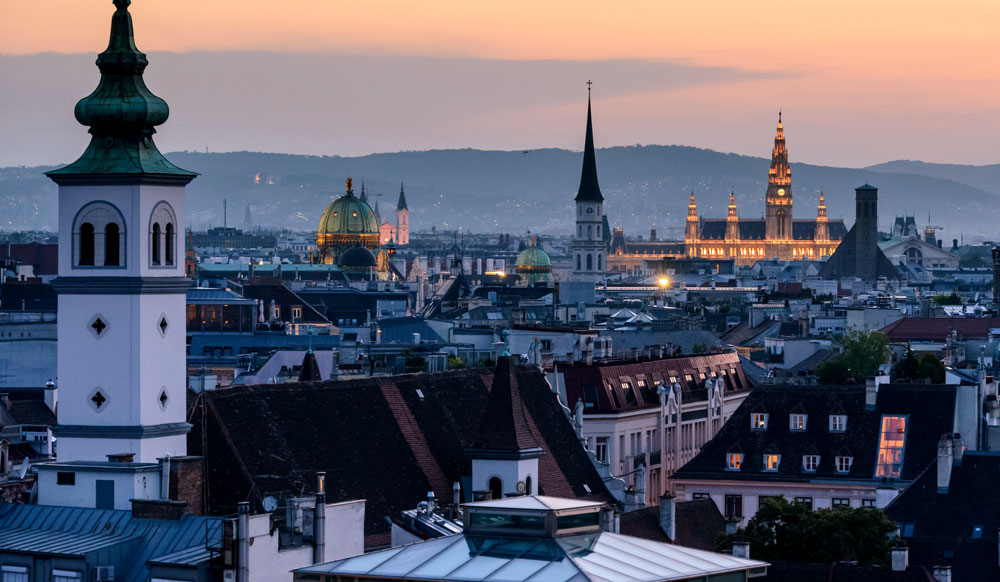 For the ninth year in a row, Mercer has ranked Vienna number one for quality of life. The human resources consultants issued their 20th annual report earlier this year, and Dublin was named the most expensive city for expats in the Eurozone. It isn’t exactly affordable for Irish people either. If rising housing costs have you considering moving overseas, relocating to Vienna might be something to consider. But what is life in Vienna like for expats? Is it hard to adjust to living in Austria?

When most of us think of Austria, we imagine the meadows in the mountains we saw in The Sound of Music. Vienna is known for opera and coffeehouses. While those are two fine features for a city, it doesn’t say much about ordinary, everyday life in Vienna for expats. More than 28% of Vienna’s population of more than 1,867,500 are foreign nationals, so the city is clearly offering something to draw people.

For starters, Vienna is beautiful. The city is a UNESCO World Heritage site. The architecture is delightful, and the city’s rich classical music history seems to infuse the streets. And those streets are very clean and safe. Austrians are generally rule-followers. People do not speed or litter, and they will look down on you if you do. The crime rate is also very low.

Practicalities for Relocating to Vienna

If you took German in school, be warned that the German spoken in Austria is a little different. It’s a bit like the way English is spoken differently in England and Ireland. Many people do speak English, but you will need to speak German to actually live and work in Vienna.

Finding an apartment in Vienna is not easy, nor is it cheap. It might not be as expensive as Dublin, but it isn’t far behind. But you can offset that expense by giving up driving. Vienna has an excellent public transportation system, and it’s also an easy place to navigate by bike. Getting to know Austrian people takes time and effort. They are less outgoing than the Irish in general, and more serious, although they are extremely polite. You’ll have a lot less banter in Vienna, although there are plenty of Irish bars if you feel you need to retreat for a good laugh in English.

The joys of moving to Vienna include shopping, lots of shopping. From the famous street market full of hidden treasures in Naschmarkt to the luxurious elegance of Kolhmarkt, known for its high-end jewellers, the shopping options here are epic. And don’t forget the cheese. Austria is home to an amazing variety of cheese.

Moving to Vienna can be taxing. The housing market is tight, and the culture is generally less gregarious than Ireland so it is harder to get to know people. But on the other hand, this clean, safe, orderly city has a lot to offer. For some, it might be easier than staying in Dublin, and for many others, Vienna may even become somewhat ‘home’.

Although moving abroad is always challenging, there is some comfort in knowing you can ship your personal belongings. When everything else is new, it is nice to come home to your familiar furniture, dishes and personal things. Taking your personal effects with you is more often than not cheaper than investing in items you already have, and it will no doubt help you settle in more easily.

Over the years, we’ve seen plenty of innovative uses for shipping containers. People have used them as work studios an ...Read More

Everyone knows that international shipping companies move products around the world, from where they are manufactured to ...Read More